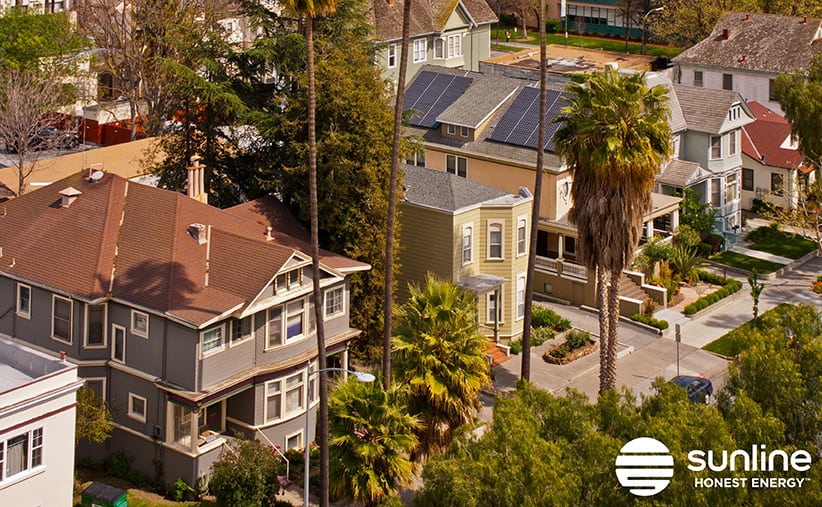 CEC Approves Solar Requirement on New HomesCalifornia is once again setting the gold-standard for solar.

In just a few years all new homes constructed will be required to be equipped with solar panels. The five members of the California Energy Commission (CEC) voted unanimously 5-0 to approve the state’s Building Efficiency Standards. The regulations, which are updated every three years, take effect in 2020.The CEC is justifying the added cost to single-family homes (on average $9,500) by estimating that homeowners would save double the cost (on average $19,000) over the course of 30 years.

This is the latest move by California to meet the ambitious goal of getting 50 percent of its renewable energy by 2030. Last year officials claimed they had reached 30 percent but are still setting new regulations to insure they stay on target. California is already the number one market for solar, with over 5 million homes currently using solar energy.

Each year California builds about 80,000 new homes, but currently only around 15,000 of them are equipped with solar panels. An additional 65,000 homes requiring solar panels and installations each year would represent a tremendous boom to the states solar growth.

Unsurprisingly, the regulations are being supported by the state’s solar companies. The industry is concerned with a potential decline in business due to recent International tariffs on solar hardware. With these new regulations officials estimate a 10 to 15 percent annual increase in demand for solar.

The Solar Energy Industries Association championed the ruling, stating that “This is an undeniably historic decision for the state and the U.S. California has long been our nation’s biggest solar champion, and its mass adoption of solar has generated huge economic and environmental benefits, including bringing tens of billions of dollars of investment into the state.”

Critics express concern that the regulations will place undue burdens on new homeowners. With real estate prices skyrocketing across the state there are concerns that this could further destabilize the over-priced housing market.

Proponents of the ruling have countered that the increase in housing costs is minimal in comparison to the long-term savings and tremendous benefits to the State. California already has the most solar energy of any State, accounting for 40 percent of the total solar installed in the United States. It appears the trend of staying on the frontier of solar energy isn’t going to change in California any time soon.

Join the the Solar Movement with Sunline and contact us today for a free consultation. call us at 858-252-2280 or fill out the contact form below. Sunline Energy is one of the leaders when it comes to solar in San Diego. We offer a 25 year warranty and only work with quality solar panel manufacturer. We also offer roofing and battery storage services.