A Must Read For Anyone Considering A Solar Lease 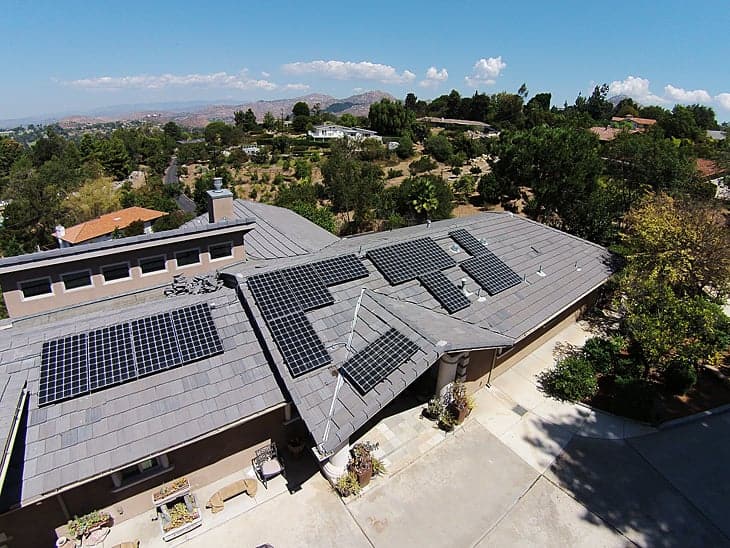 There was a terrific piece in the Wall Street Journal outlining how companies like Solar City take advantage of federal tax incentives to purchase cheap solar materials typically from China and benefit Wall Street financial firms in the same way that the mortgage market worked.

If you live in Southern California, especially San Diego,  and are looking to do a Solar Lease we urge you to read this, and please pass this along to your friends.

The system costs about $90,000 prior to the 30% federal income-tax credit, which reduces its cost to $63,000. After a simple payback period of about 10 years, the homeowner literally enjoys free electricity for the remainder of the guaranteed 20-year system life, a very profitable 10 years.

But what if that $27,000 tax credit, the accelerated-depreciation tax savings, and most of the hefty post-payback profits went to Wall Street firms with a “tax appetite,” not the homeowner?

That’s just what happens with the majority of new home solar-system installations today. If you go solar in San Diego you are filling the coffers the the same bankers that got us into the mortgage mess to begin with.

Washington and consumers are both notoriously shortsighted investors.

Washington thinks in two-year election cycles, and consumers will usually choose a financially unfavorable option if it offers no money down.

Today’s most successful pitch for home solar financing goes like this:

“Why pay a lot of money when you can get your solar system installed free and immediately reduce your utility bill?”

Most homeowners find that proposition compelling. They ignore the fine print:

“You must give your tax credit and depreciation to us and sign a long-term contract to buy power from us at prices just below market.”

The homeowner does not mind giving up the tax benefits as long as the “free” system reduces utility bills.

However, when the system is paid off and the monthly LLC profit jumps to 100% of the electricity bill, the LLC solar electricity price to the homeowner is maintained just below market—and the profit really begins to roll into the LLC.

Since the risks to the LLC grow as the solar systems age, many banks offload their risk by selling the LLCs before their 20-year lifetime is up, locking in much of the long-term profit. There is now a growing market for what might be called “solar-backed securities.”

Wall Street understands the time-value of money; the federal government and consumers do not.

One of the largest solar-system installers in the U.S., SolarCity Corp., uses the LLC strategy and currently buys a majority of its solar panels from the low-cost Chinese supplier, Yingli. Thus when President Obama said that we must subsidize our solar industry to remain competitive with the Chinese, it would have been more accurate to say that we subsidize Wall Street to create employee-less corporations that buy and install Chinese solar panels in the U.S.

Wall Street and consumers understand that free markets are borderless; Washington does not.

Tariffs are likely to be levied against Yingli and others. Here then, is a practical guide to the Obama administration’s nonsensical solar policy: Washington gives tax breaks to Wall Street to fund LLCs that buy solar panels from the Chinese to “help” the American solar industry, while the ITC threatens to levy a tariff on those solar panels, which would raise the price of solar energy to U.S. homeowners.

In short, Wall Street pockets the money and consumers get higher solar-energy prices.

We should stop reflexively indicting Wall Street “greed” and focus instead on Washington as the disruptive force in one market meltdown after another. Solyndra, the poster child of the Law of Misguided Subsidies, borders on irrelevancy compared to the full impact of bad economic policy.