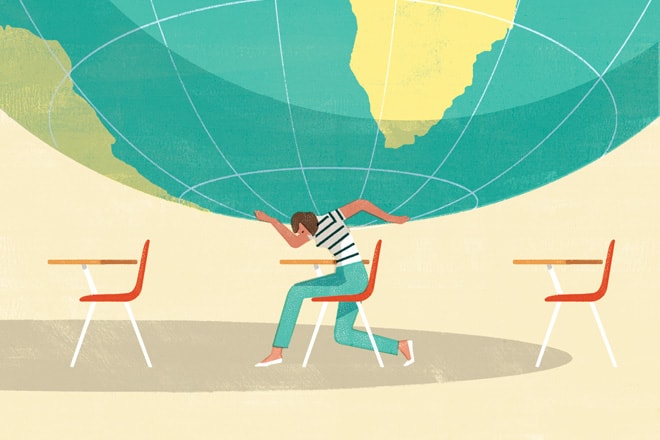 California leads the country when it comes to solar power, with the majority of PV installations concentrated in the southern portion of the state. And this makes sense given the region’s enviable, year-round sunshine. When it comes to total solar output, properties in Southern California are able to consistently produce more power per square meter than properties elsewhere in the state.

And yet, many organizations throughout the state don’t seem interested in solar energy.

Take the University of Southern California (USC), for example. It has the resources, the sunshine, and the opportunity. But the school has remained noticeably absent from California’s solar boom.

However, we’re happy to announce that many USC students are actively trying to change this.

The rally didn’t happen spontaneously. It was originally organized by the Environmental Core – a student organization dedicated to ecological protection. And this most recent protest was only the 4th such demonstration in the past year.

The students are specifically calling for USC to generate a minimum of 10% of its electricity from sunshine. According to Zachary Manta, director of the Environmental Core,

“This campus, which has 292 days of [sunshine] in a year, doesn’t have any form of on-campus solar generation… We at USC contribute around 55,000 tons of carbon dioxide to the atmosphere every year through our tremendous energy usage.”

Unfortunately, the school’s administration hasn’t been very responsive to these calls.

We’re not sure why – especially given that USC actually announced its own 2020 sustainability guidelines back in 2015. You would think that with a growing awareness of global warming, coupled with rising utility costs, schools all over Southern California would actively embrace affordable technologies like solar.

Each additional PV panel helps to reduce carbon pollution. And it also allows the system owner to save money on electricity bills as well.

So we don’t know why USC remains resistant to widespread solar PV adoption.

In any event, we stand in solidarity with these students and hope that their campaign to secure more signatures (and more solar power) ultimately succeeds.

We’ll continue to post regular updates as this story unfolds.

In the meantime, if you have questions about installing solar PV panels (on your own school, business, or home) contact us today for a free consultation.