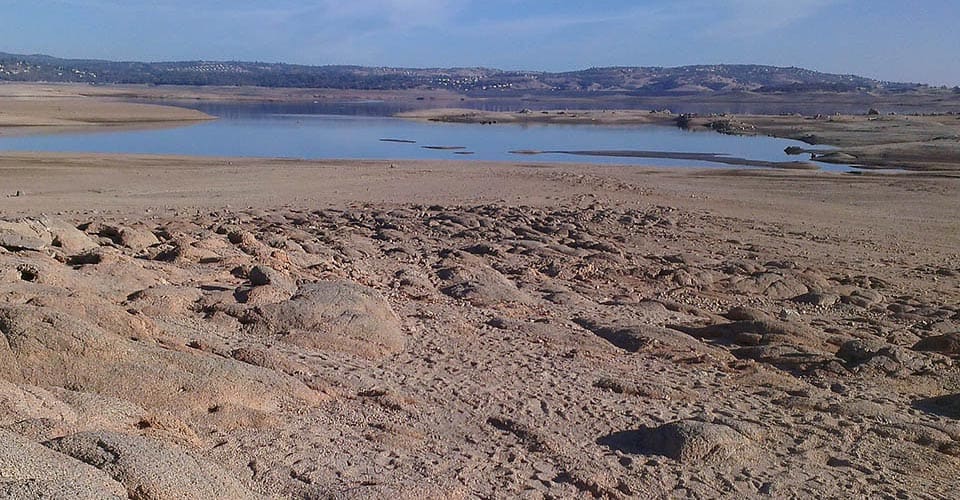 It’s hard to be a climate change skeptic if you live in California. Our state is now in its 4th year of record high temperatures and devastating droughts. And the situation seems to be getting worse and worse.

For city dwellers, these water shortages are a major inconvenience. But for farmers and suburbanites, the results are often catastrophic. Food producers don’t have the water they need to grow crops. And many neighborhoods throughout Southern California face the constant threat of unpredictable wildfires.

So it seems a bit ridiculous that California continues to generate some of its energy from hydroelectric power.

Even during the best of times, hydroelectric power isn’t really that “green.” In order to develop dams, we have to clear away lands, redirect water, and disrupt local habitats.

And hydroelectric power is also quite expensive.

Dams cost a lot to develop. And then you have to connect power plants to faraway communities using long transmission lines.

And again – we are talking about the “good” times.

When the water dries up, our reliance on hydroelectric power becomes even more expensive.

A recent study by the Pacific Institute think tank estimated that the current drought has cost utility customers as much as $1.4 billion. And in order to meet growing demand for electricity, utilities have had to invest in fossil fuel-based technologies – a decision that brings its own associated costs. In just the past 3 years alone, California has experienced an 8% rise in CO2 emissions as utilities scale back hydroelectricity in favor of natural gas.

So what’s the alternative?

The solution is quite simple, really.

The areas most affected by these droughts are also some of the sunniest and driest regions in the state.

Why not use this to our advantage?

With solar power, we’re able to tap into a clean and infinite source of free sunshine. And unlike hydroelectric or fossil fuel power, solar energy can be generated on-site – precisely where it is needed most. No utility-scale investments are necessary. You don’t have to clear away land or threaten local habitats.

All you need is a rooftop and a desire to reduce your monthly utility bill.

As an added bonus, you’ll also watch your carbon footprint shrink to nothing. That’s because solar PV technology doesn’t pollute.

To learn more about the many benefits of San Diego solar power, contact us today for a free consultation.