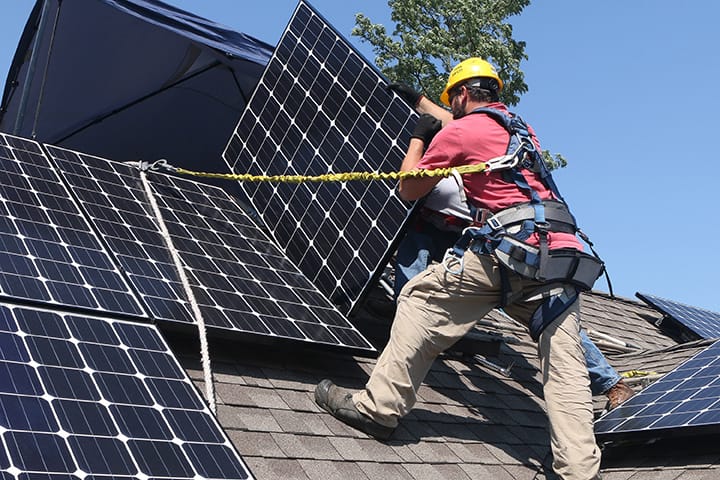 Earlier this year, the California Public Utilities Commission (CPUC) voted on changes to the state’s net energy metering program – a special incentive that allows solar customers to sell excess electricity to their utility companies in exchange for credits.

Not surprisingly, utilities wanted to make drastic changes to net energy metering because they don’t like having to compensate customers for solar power. And solar advocates wanted to preserve the incentive in order to encourage more widespread adoption of clean energy.

What emerged from the CPUC’s ruling was net energy metering (NEM) 2.0 – a compromise that kept the core program in place while making minor adjustments to some of the rate structures.

The utilities were not happy with this decision, which is why SDG&E, PG&E, and SCE all filed individual petitions for a rehearing, arguing that the CPUC’s ruling violated certain legal requirements.

We’re happy to announce that many months later, the CPUC has made a new ruling. And it looks like the utilities have lost once again.

According to SDG&E, SCE, and PG&E, California’s net metering program unfairly “saddles” non-solar customers with higher bills. State regulators largely rejected these arguments in a 3-1 decision announced last week. The CPUC ruled that the utilities had failed to show that this “unfair burden” existed and that the core arguments were “not very strong at all.”

Moreover, the utilities were charged with making misleading and short-cited claims that overlook the many benefits of solar power – even for utility customers who don’t have PV panels on their own properties. As more homes and businesses throughout the state go solar, the entire grid becomes greener and more reliable. Widespread solar adoption also reduces the need for utilities to invest in additional fossil fuel-based power plants, which ends up saving everyone more money in the long run.

So it looks like California’s net energy metering program will be around for a while longer – at least through 2019. After that time, the incentive will certainly go through major revisions, with future solar customers receiving far fewer benefits.

The lesson in all of this should be very clear.

If you are thinking about going solar, now is the best time to act. Incentives come and go, but most of them operate on a regressive schedule with the largest benefits going to early adopters. The longer you delay your decision, the greater your chances of receiving a smaller return on your solar power investment.

To learn how Sunline Energy can help you maximize the ROI of your solar purchase, contact us today for a free consultation.